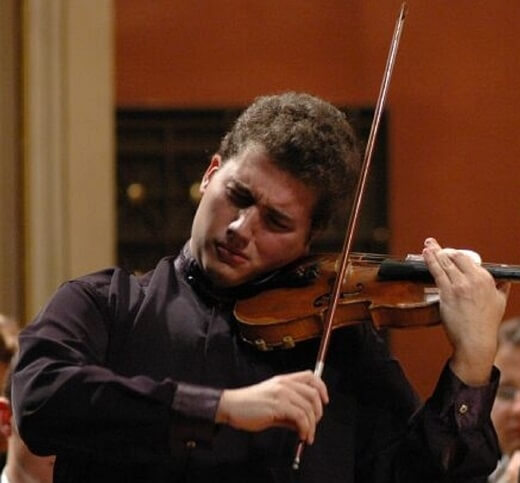 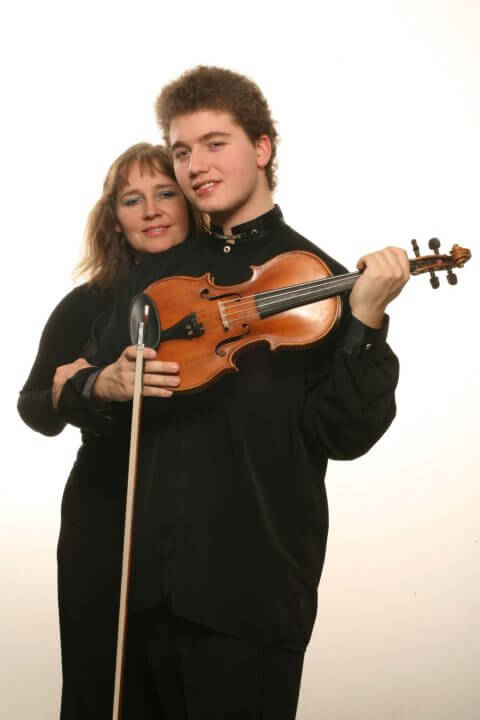 Miroslav Ambroš has experienced a professional supervision by many outstanding pedagogues from Czech Republic and Germany. He started his studies at Jan Neruda Grammar School under the wings of Prof. Jiří Hnyk and along the way he attended the Prague Conservatory, C.M. von Weber in Dresden (Prof. Ivan Ženatý), Faculty of Music AMU (Prof. Ivan Štraus) and Hochschule für Musik und Theater in Hannover (Prof. Krzysztof Wegrzyn). He also completed many master courses in Canada, Netherlands, Germany, Italy and Switzerland, where he received lesson from great musicians such as P. Zukerman, R. Ricci, A. Chumachenco, G. Pauk, P. Amoyal and others. In 2008 he started taking private lessons from Maestro Josef Suk.

In his music career Miroslav has received  various prizes. The most valued one is the overall win in the international competition “Du Prix des Jeunes Talents Eropéens de Musique Classique” that takes place in Marseille. The list of his other wins includes his first places in the Competition of Bohdan Warchal (Slovakia), Kocian´s Violin Competition, Beethoven’s Hradec and Competition of Czech Conservatories. Miroslav also holds the prestige award by the YAMAHA company and he became the overall winner in the national competition Concertino Praga for chamber ensemble.

Miroslav Ambroš has had the opportunity to perform practically all over the world. Within his nearly thousands of concerts he has repeatedly performed at various festivals in Germany, Austria, France, Italy, Spain, Holland, Luxembourg, Switzerland, Croatia, Bulgaria, Norway, Canada, Russia, South Korea and this year he is planning to set off on a US tour. He has played at many prominent world stages such as Tabaret Hall in Ottawa, Memorial Hall in Phoenix, Oratoire de Louvre in Paris, Sala Caselle in Roma and Art Center in Soul. Miroslav has also taken part in many music festivals in Czech Republic and Slovakia. He had the privilege to perform in Prague Spring together with Maestro Josef Suk, where he played Tchaikovsky´s violin concerto D major in the Dvorak Hall in Rudolfinum, conducted by Jiří Bělohlávek. In his career he also performed on other prominent stage in Czech Republic such as Smetana’s Hall in the Community House or the Spanish Hall in Prague Castle. He has also cooperated with most Czech and Slovak orchestras and worked for some of the Czech and Slovak televisions and radio broadcasts. He has done some recording for radio broadcasts in Marseille, Luxembourg and for the BBC. His violin can be heard on several recordings published by Arco Diva, Radioservis and Supraphon. On the last one mentioned he joined Maestro Josef Suk on his last CD.

In 2017 he founded a unique chamber orchestra Ambroš Ladies Orchestra, in which he performs as the solo artist. After returning from the Christmas tour through Italy, France and Luxembourg he started the new season with his newly formed ensemble by giving a debut concert, which brought him an invitation to perform in opera Garnier in Monaco in the presence of the Monaco prince.

At the beginning of March 2018 he performed a challenging concert with the Slovak Philharmonic -  Spanish symphony for violin and orchestra E. Lalo in the historical hall of Reduta in Bratislava. In the middle of March, under the auspices of Czech Embassy, consulates and compatriotic associations,  came back to the USA to give concerts in Phoenix, San Francisco, Los Angeles, Las Vegas, Little Rock and New York.

Later in 2018 he is going to tour through Croatia with the orchestra Virtuosi di Praga and join the pianist Zuzana Ambrošová for a chain of concerts in Slovenia, Germany and Italy. He also performed at the international music festival Český Krumlov.

Overall, he performed at more than 1,000 concerts.

Miroslav plays a very precious instrument from 1734, which was made by the Italian master luthier Camillo de Camilli. The instrument is a part of the state collection of musical instruments in the Czech National Museum.